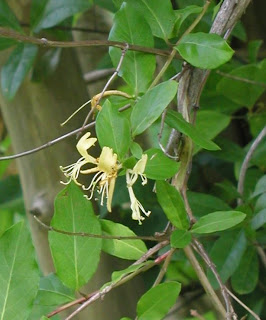 It’s berry season here in the South, and lately I’ve taken to covering my arms with long sleeves, pulling goggles over my eyes, tugging a ball cap onto my head and plunging fearlessly into the blackberry briars.

It’s serious business, the pursuit of blackberries. There are head-high tangles of briars to contend with, stinging bees, the risk of snakes crawling through the thick underbrush. I take a hoe with me, all the better to pull back the briars, and perhaps to defend against a snake should I encounter the dreaded foe. Mostly, though, I don’t think about snakes and don’t mind the briars because spread before me, ripe for the picking, are sour-sweet berries ready for my eager hands. 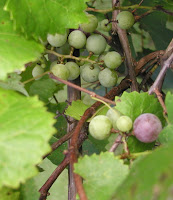 It’s easy to tell when they’re ripe. The first and obvious clue is the ink-stained hue, but mostly the clues reside in how they feel – pliable and soft under the press of my fingers, and so ready to be plucked from the vine that they fall into my hand with barely a tug, kind of like when you know your heart is ready to fall into the hands of God.

My heart has been in its own blackberry season since early January – the point at which I knew I was ready to shift from ripening on the vine to being plucked by the hand of God, no longer just an ink-stained fruit who for all appearances seemed ripe but was still firmly stuck to the vine. Now my season had arrived, my heart was pliable, and I was ready to fall into final vows with barely a tug.

Monastics are rarely in a hurry, and even less so with something as important as final vows. It’s serious business. But when the season comes, we know it, and so these past months have been spent getting ready for perpetual monastic profession. I hope you will rejoice with me as my profession date in August approaches.

Postscript: As challenging as it is, the whole blackberry-picking effort has been made a lot easier by Sr. Bernadette who has stamped out some paths through the tangles. Mostly I just follow in her footsteps, while foraging in a couple of other spots as well. And that’s what my monastic elders have done for me in these years of initial formation. They have shown me the path stamped out by centuries of monks, and have taught me to how to defend against the dreaded foe. And they have shown me that the pursuit of God is worth encountering the occasional tangle because, as St. Benedict puts it, “What could be sweeter than the voice of the Lord calling to us?” 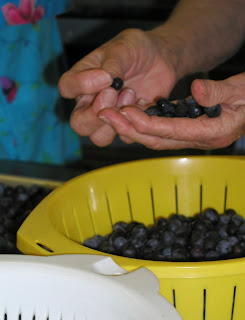