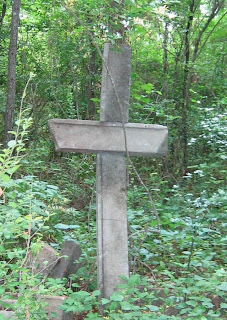 People keep asking me if I was on Cloud Nine after the profession ceremony last Saturday. Well, no. Being a grounded, understated sort, I was not on Cloud Nine Saturday, and am not now. Cloud Tau is more like it. That’s the cloud on the grassy path to the creek where, when I sit down amongst the tall grasses, the simple, supple leaves of green lap like waves on the shoreline of my folded knees. It’s the cloud where three raccoons scamper playfully amongst the branches of yonder sweetgum. It’s the cloud where the distant drone of traffic along the highway mingles with the nightly cicada chorus. And it’s the cloud where, at the foot of the sloping Tau-shaped trail, two tangled banks of green hold Eight Mile Creek within their ancient embrace.

The profession ceremony was simply that – a ceremony. Important, yes, but not such that it changes who I am or how I approach that which is important. I may now wear a ring and a commitment, but that doesn’t suddenly transform me into a Cloud Nine sort of person.

In our monastic community, we have 40-something Sisters with 40-something personalities. We each carry our personality into all that we do, some of us reveling in the heights of Cloud Nine and the center aisle and some of us sighing contentedly over simpler vistas and desert isles. But whatever our perspective and personality, each of us lives at the cruciform nexus of here and everywhere, of now and forever, knowing that eternity resides not just in yonder cloud and chapel aisle but also in the oft-tangled banks of here and now, of dishes, deserts, and the daily round of prayer. 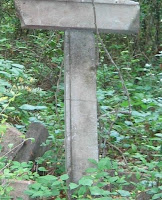 Each evening, when the last supper dishes have been put away, the final prayers of the day have been said, and the cicada chorus has finally drowned out the sounds of the highway, each Sister walks the Tau-shaped trail to her room – each in her own unique way and with her own personality – and places herself for another night within the everlasting embrace of God. A cloud of grace goes with us always, a pillar to guide us, challenge us, and lead us across tangled banks and into everlasting life. 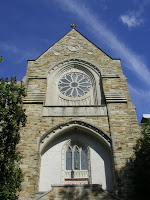