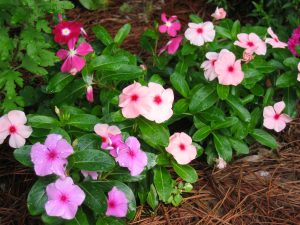 In December our community sponsored an Advent day of reflection for which all the women religious serving in the Diocese of Birmingham were invited. During one of the breaks, I found myself in a group of five Sisters I did not know. We shared with one another how each had discovered and chosen her own particular community. The variety and uniqueness of each Sister’s God-led path was striking. Like a many-faceted jewel, communities of women religious manifest a beautiful variety and witness to the same ultimate reality, or what Mary Oliver calls “a kind of second level” in her poem “Angels.”

What is a vocation? The easy answer is that a vocation is a call from God to live one’s life in a particular way. To discern a vocation faithfully one must presume that God has a stake in the matter because God is the one doing the calling. The decisions I make about my life matter to God. This goes beyond good vs. evil. Understandably, a choice to do evil is never a call from God. A vocation, rather, involves the possibility that God has a preference for me among all of the good choices I can possibly make. God’s preference for me is the best choice I can make; it is the choice that will lead me to fullness of life.

One’s vocation is more than a matter of what I will do for a living, as important as that decision is. It is a matter of who I am in God’s sight, or who I am meant to be. “What I do” ought to flow out of “who I am” if it is to be truly fulfilling. One’s true vocation possesses a surety about it that seems to take one to a deeper, more meaningful level of living. Often times other people do not understand the “rightness” of our personal vocation, seeing for us a multitude of more “sensible” options. What is important, however, is that I am aware of the truth that is in me because it ties me to the One who is Certainty itself.

Here is Mary Oliver’s poem “Angels” that inspired this reflection.

ANGELS
You might see an angel anytime
and anywhere. Of course you have
to open your eyes to a kind of
second level, but it’s not really
hard. The whole business of
what’s reality and what isn’t has
never been solved and probably
never will be. So I don’t care to
be too definite about anything.
I have a lot of edges called Perhaps
and almost nothing you can call
Certainty. For myself, but not
for other people. That’s a place
you just can’t get into, not
entirely anyway, other people’s
heads.
I don’t care how many angels can
dance on the head of a pin. It’s
enough to know that for some people
they exist, and that they dance.