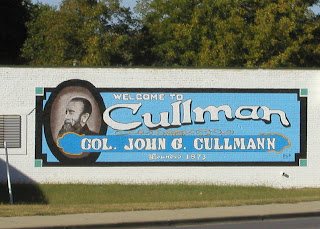 On Election Day, various ones of us pull up in front of City Hall off and on throughout the day. We generally go to the polls in twos, threes, and fours, trying to be economical with our trips.

In a town this size, we’re likely to see someone we know on any random trip out the door. Most of us know at least one or two of the poll workers and perhaps some of the other voters, so there is typically some friendly chatter as we show our ID’s and take our ballots. Or we may greet an acquaintance or two on the sidewalk in front of City Hall.

Before the big day, we’ve usually done plenty of reading on the issues and candidates, especially regarding the more obscure local races. We have copies of Faithful Citizenship and other statements from the Bishops’ Conference. If there are amendments on which we’ll be voting, Sr. Lynn Marie will give us the run down ahead of time on any obscure amendment language. In general, we are pretty well-informed voters. And faithful to our responsibility to vote.

A few Sisters are highly interested in the returns and will stay up late watching states turn blue or red or purple and balloons fly and bands play and pundits pundit. Others will go contently to bed at their usual hour and find out the next day (hopefully!) who won, what passed, and for whom we will be praying for the next four years.

No matter which category we fall into – early to bed or up late with the TV – we will all wake up tomorrow knowing we are lovingly held not in the arms of a President or Congress or Court, but in the arms of our dear Lord, whose glory fills the earth, to whom all praise is due, yet who “humbled himself, becoming obedient to death, even death on a cross.” 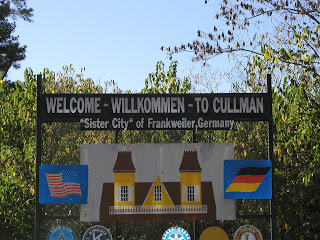 Today’s first reading for Mass, the hymn from Philippians 2:5-11, is a paradigmatic reading for all Christians, including, and perhaps especially, those in leadership.  In fact, with the Gospel reading from Luke, both of today’s Mass readings are near-perfect Election Day texts. Together they form a picture of leadership and a vision of the Kingdom of God in which servent leaders invite all of God’s children to dine at the banquet – “…the poor and the crippled, the blind and the lame,” people from the “highways and hedgerows.”
Streaming through City Hall today is a cross-section of the citizens of Cullman, both the high-born and those of the “highways and hedgerows.” No matter where we are from or how we vote, we are all brothers and sisters, improbably called to dine in the Kingdom of God.
Today’s Responsorial Psalm refrain reads, “I will praise you, Lord, in the assembly of your people.” At City Hall, in the voting booth, at all times and in all places, let us remember the one who calls us to dine, and praise the name of the Lord our God.