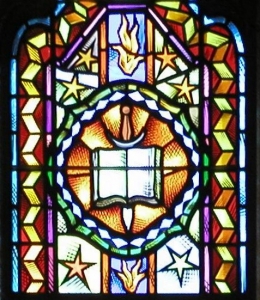 The liturgical feast of the Conversion of St. Paul is celebrated on January 25th. Originally known as Saul, St. Paul was born in Tarsus about 10 A.D. He was a Roman citizen, a well-educated young man, a tentmaker by trade, a strong-willed individual and a highly-regarded Pharisee rigidly committed to the Mosaic Law and the Prophets of the Jewish religion.

He, along with other Pharisees, showed great distress at the spread of the Jesus message. Their hostility toward Jesus, often led by Saul, prompted them to take measures to arrest, imprison, persecute, and put to death the followers of Christ. Saul supported and witnessed the stoning death of St. Stephen, the first Christian martyr around 36 A.D. (see Acts 7:58).

It was soon after this event that Saul set out for Damascus to arrest the new followers of Christ and to bring them back to Jerusalem in chains (Acts 9:1-9). As he neared the city, Saul was stunned by a great light, falls to the ground and hears a strong voice exclaiming, “Saul, Saul, why are you persecuting me?” He responded, “Who are you, Lord?” The voice replied. “I am Jesus whom you are persecuting.”

The Lord then told Saul to get up, to go into the city where he would be told what to do. Blinded by the great light, Saul had to be led to Damascus. As the Lord had indicated, he encounters Ananias who had been instructed by the Lord to meet Saul, to cure his blindness, and to convey to him that “…he is a chosen instrument of mine to carry my name before gentiles, kings, and Israelites. (Acts 9:15)” Ananias then baptized Saul.

After several months of prayer and reflection, Saul began his new 30-year missionary ministry in response to the Lord’s assignment. He initially faced a great deal of hostility from the Jewish people for they considered him a traitor. Central themes of his preaching included Jesus’ identity as Son of God, that He arose from the dead and that salvation was through baptism and faith in Jesus.

Regularly rejected by Jewish communities, Saul eventually concentrated his efforts on preaching the Gospel to the Gentiles. Of special note are his three great missionary journeys, each being three to five years in length. Saul covered hundreds of miles and established multiple new Christian congregations. It was during his first journey that he came to be known as Paul. Thousands of people experienced his preaching and teaching and many responded by accepting baptism into the Faith. He was later designated as the “Apostles to the Gentiles.”

For this feast, we celebrate the dramatic and miraculous event by which he, who denounced Jesus, became a zealous and committed Christian disciple. We recognize and marvel at the outstanding spiritual impact he made in the lives of first century Gentiles and succeeding generations. We are grateful for the 13 letters (epistles) either written by him or attributed to him that form a large portion of the New Testament and reveal Paul’s continued relationship with his converts.

We admire the many virtues of his life. These include:
Humility-“I am the foremost of sinners.”

Prayerful spirit–Scripture often refers to him spending long periods of time in prayer and reflection.

Obedience–Fulfilling the Lord’s assignment to carry His name and message to the Gentiles.

Respect for Others–Did not impose Jewish law and customs, such as circumcision and dietary laws, on the gentile converts.

Determination—Continued to preach about Jesus despite threats of arrest, imprisonment, and death.

Throughout his years of ministry, he was arrested multiple times and spent lengthy durations in prison. The phrase “from persecutor to persecuted” sums up his life. This great missionary and theologian received the martyr’s crown in 67 A.D. when he was beheaded.