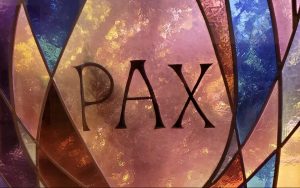 During our annual community meetings in July, the Peace and Justice Committee presented a thought-provoking program on racism, encouraging each one of us to consider our own prejudice and bias. I would like to share some of the more significant parts that challenged me during this exercise.

We were given the transcript of an Ezra Klein interview with Bryan Stevenson, author of Just Mercy, from July 20, 2020. Stevenson is the founder and executive director of the Equal Justice Initiative. He also is a clinical professor at New York University School of Law and a McArthur “genius.” In the interview he discusses how America can heal the wounds caused by racism. The conversation focuses on truth and reconciliation in America and whether truth could actually lead to reconciliation. I am choosing to share a segment of content from this interview because I have heard many people say that racism is in the past, equating it with slavery. Socially institutionalized slavery did end over 200 years ago; however, the mindset of racial inequality has been passed down by generations up until today. It is the mindset that accepts prejudicial treatment of blacks needs to change if genuine equality and justice for all under the law is to exist. The Gospel Christ preached demands that this change happens.

Klien: What is a healthy relationship for society to have with its own history?
Stevenson: Knowing the actual history. If we don’t know our history, we can’t really begin to understand what our obligations are, what our responsibilities are, what we should fear, what we should celebrate, what is honorable and what’s not honorable. Once we know our history, we begin to think differently about who we are. We got comfortable with creating a Constitution that talks about equality and justice for all but did not apply it to millions of indigenous peoples who were on this land. Until we understand that history, we can’t begin thinking about what our responsibilities are now? What are our obligations now? What would it take to recover from that kind of violence, the kind of destruction that we did to millions of people? And of course, the failure to acknowledge that history is what makes us vulnerable to the two-and-a-half centuries of slavery that followed. We have invested a lot of time in creating false narratives about slavery, about enslavers, about the South, about the North, about emancipation, about abolitionists. And the legacy about that is very different than what we have been taught.
So, for me, it begins with honesty. If you have done something wrong to someone else and you don’t know what you’ve done wrong, you are not going to be able to fully reconcile or adequately apologize. You will not be able to say the things you need to say to create a path toward recovery. You have to know what you did, understand what you did and then calibrate what needs to happen to make peace, to recover, to create fellowship again.
We have committed ourselves in this country to silence about our history, to ignorance about our history, to denying our history. And that’s the first part of our relationship that has to be repaired. We have to talk honestly about who we are and how we got here.
So, I believe it is important for anyone who identifies as an American, to not simply embrace all the things about American history that we think are glorious and wonderful, but to also acknowledge and accept the things about our history that are tragic and devastating.
I think it begins with understanding what actually happened. The true evil of American slavery wasn’t involuntary forced labor or the bondage. The real slavery was the ideology that we created -that Black people are less deserving, less worthy, less human, less evolved. And when we go a step further, it leads right into our idea of white supremacy or white privilege. (Read that a second time. Does this not sound like what happened to Native Americans, women, the Jews in Germany and now what is happening to the Hispanics today? Do we keep repeating the same sins?)
Once we understand that, then we can see how this idea has played out even to this day – with the exclusion of Black people from jobs , when banks don’t give Black people mortgage loans, when we don’t help veterans who are Black move into middle class, when we declare war on drugs and target Black communities. The North wins the Civil War, and the South wins the narrative war but not only do we not apologize, but say that by enslaving people and forming the Confederacy, it was noble and glorious, and honorable. And when that’s our mindset, we don’t get to the right place.
We have to look at our history, and we have to look at the truth as a person, a family, a city, a state, a nation. What is the truth as it relates to us, our institutions, and our history of racial inequality? When we do this, then we can start the process of reconciliation. Then we can find ways that this will not be repeated again in our history. (Source :Vox)

The Peace and Justice Committee, as part of its presentation, showed a video interview with Father Bryan Massengale. One of his most poignant statement was this, “We need to help the Church catch up with God.” God already loves indiscriminately; we are the ones who need to “get with the program.” Massingale also described the Trinity as a model for how we are live in human society—“a diversity without subordination.” (Source: “How the Church Can Combat Racism and White Privilege”)

St. Benedict, in quoting Psalm 34, urged his followers saying, “Let peace be your quest and aim.” (RB Prol. 17) Peace is attained only when there is justice for all. May we all do our part in making the peace we pray for a reality.