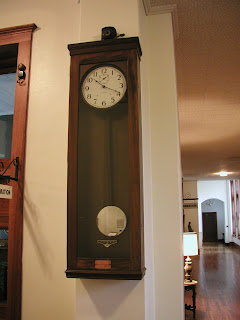 In its musical sense, the term tempo rubato means ‘stolen time.’ It is time taken from one measure and given to another, or maybe even lost altogether, under the sensitive lead of the conductor’s baton. Or perhaps the soloist’s expressive voice finds its own melodic phrasing beyond the strictures of the metrical score. In tempo rubato, one takes a little time here, perhaps adds a little time there, and blurs the edges between the two, creating a melodic phrase that adds beauty and lyricism to a musical work of art.

Monastic time is fundamentally, and very intentionally, metrical. Every monastery has their monastic horarium – their daily schedule of prayers, meals, and other common activities. A monastic horarium, along with our liturgical Ordo, is part of the orderly rhythm that underlies our life, creating a steady tempo that is stable, sure, sound – a firm foundation upon which we spend our lives seeking God.

Sometimes, though, every monk needs a little tempo rubato – not for self expression, but for retreat, for rest, for health, for extra prayer, or for many other reasons… St. Benedict even incorporates a bit of flexible rubato sensibility into his monastic Rule, altering the horarium with the cycle of the seasons. He also counsels monastic leaders to take into account the special needs of the 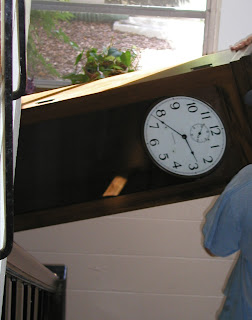 young and the old, as well as to respond to the souls under their care with a regard for individual temperaments. There is a healthy balance in the Rule of St. Benedict between a well-ordered monastic rhythm observed by the entire community and the occasional, well-discerned need for flexibility and variation in phrasing the musical line of the day.

In a monastery, however, flexibility is not about individualism or personalized rhythms and certainly not about a lack of self-discipline. Rather, it’s about the occasional need of an individual Sister to carry a musical phrase beyond the strictures of ordered time – but always within the context of the stable monastic rhythm of a well-ordered community. It’s a fine balance, and individual monastics and monastic leaders must use careful discernment as to when and whether to stray from the metrical score. However the sensitive application of flexible phrasing can be what keeps the metrical from becoming mechanical, and I think St. Benedict, in his wisdom, knew that. A tempo rubato phrase, whether in the strict sense of time or more generally in the care of souls, can add a touch of lyrical beauty and grace to the stable rhythm that anchors the monastic endeavor of seeking God together. 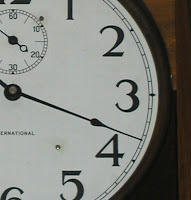 Postscript: We all need a bit of tempo rubato now and then, even if it’s just a few moments of prayerful contemplation in the midst of our work. I had an extended such moment today following a very busy few weeks of intense daily demands and a heavy schedule. This afternoon, I left the office and went up to my room for a short rest and wound up taking a rare afternoon nap. I awakened refreshed and re-energized. It was tempo rubato at its best – an unexpected melodic phrasing of my day, blurring the edges of my usual tempo and responsibilities, seeking to remain healthy for the sake of God and my monastic community. Thanks goes to Sr. Magdalena for reminding me about rubato this morning as we practiced a chant piece on flute and organ for tomorrow’s Solemnity of the Assumption.