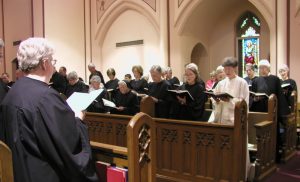 In 1936, during the Third Reich, a now famous photo was taken of a group of about 100 shipyard workers in Hamburg, Germany. Men are lined-up close together, facing the same direction, their rigid right arms saluting Hitler…with the remarkable exception of one man. His arms are folded against his chest. Isabel Wilkerson begins her powerful book, Caste: The Origins of Our Discontents, with this astonishing, inspiring story. She explains that August Landmesser (believed to be the man’s name) had joined the Nazi Party once but became disillusioned by the vitriolic propaganda and growing violence against Jews.

Why did August Landmesser change course? Why did he care? In fact, why risk everything in that moment by bravely choosing to stand against the tide? As Wilkerson goes on to explain, August was an Aryan in love with a Jewish woman. Under Hitler, that relationship was illegal. (I see how that left August in a terrible conundrum!) Yet he chose the truth he drew from his relationship with a Jewish woman over Hitler’s damning propaganda. That close relationship made him understand reality differently. “He could see what his countrymen chose not to see,” said Wilkerson.

In Benedictine spirituality, we are called to see differently too. If you’ve been to Sacred Heart Monastery Chapel, you know that our choir stalls are arranged so that we face each other as we chant the Divine Office. When the chapel bell tolls for the beginning of Lauds or Vespers, we stand and bow as we chant “Glory be to the Father, and to the Son, and to the Holy Spirit….” We bow not only in reverence for the Holy Trinity, but also toward each other, honoring the Divine image in which God made us all. We begin and end each day with this ritual of honor. We need to remember it through the day because not all of us are loveable or even likeable all the time. We all have good days and bad days. (I’m reminded of the book about Benedictines, The Motley Crew, by Brother Benet Tvedten, OSB!) Nevertheless, The Rule of Saint Benedict calls us to form a community in which we strive to respect and honor each member and all people we meet.

After a dozen years in monastic life, I’m convinced that truly listening to each other is the way we grow to respect and honor one another in our “motley crew” communities, families and nations. After all, “listen” is the first word in the Rule of St. Benedict. We listen deeply to encounter the mystery of God. We listen deeply to try to understand one another. We listen deeply to pursue what is best for that person, not just ourselves. This is not easy! It means not assuming we already have that person figured out, no matter how long we’ve known her. It means extending trust and the benefit of the doubt, not passing judgement before we’ve listened deeply. It means reaching beyond our differences to honor our common humanity. Perhaps if we are determined to treat everyone like that, we may have the courage, as did August Landmesser, to stand against the tide of a divisive, fearful, vitriolic culture.

Landmesser quietly refused to salute. He had come to see things differently…and chose to honor a greater love and loyalty.