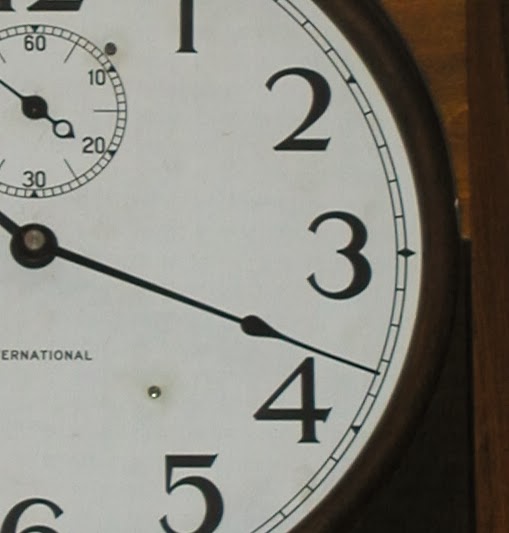 Lately I’ve had a few administrative tasks added to my usual duties here at the monastery. I’ve never done much administrating so it’s been, as they say, a learning curve.

But it’s not just a new set of tasks to learn. It is the taking on of a whole new métier which involves taking on a whole new way of thinking as I slowly realize the degree to which administration is concerned with what seems like feeding the future. Daily I look toward an ever rolling horizon of days and months and years and I sow plans like seeds onto square calendar plots, hoping it will all take root and grow. And I throw bread crumbs before me, not behind me, hoping to find the way forward, not back. The future lies open before me like a hungry mouth that must be fed.

For someone like me, more geared to the here and now – to the dishes that need to be washed, the guest that needs to be welcomed, the words that clamor to be written – it is a strange shift in orientation. I suddenly feel like Steward of the Morrow. It’s enough of a shift that it makes me sit up and take notice and wonder exactly what it is that I’m supposed to be stewarding. And isn’t it hubris, this tossing of breadcrumbs before me as if I know the way? And what, exactly, is administration?

The word “minister” is at the heart of the word “administration.” And so I can only think of it as such. It is not feeding the future. It is preparing to feed the Lord’s people. It is not so much stewarding the morrow as it is preparing – stewarding – the way of the Lord. It is living in full awareness that the way of the Lord is not just ‘now.’ It is now and forevermore. It is, was, and will be. And planning is not hubris, it is simply giving myself to the call of our dear Lord who says, “Go…make preparations.”

And so like the disciples, I go. Into the morrow.

Postscript: Work here at the monastery takes different shapes and forms and sometimes responsibilities shift. Our prioress may ask a particular Sister to take on a new project or we may swap things around for some reason or something new comes up and must be dealt with and so on. Just like any family. Just like any workplace. Just like any place where life goes on. It is good. Thanks be to God.