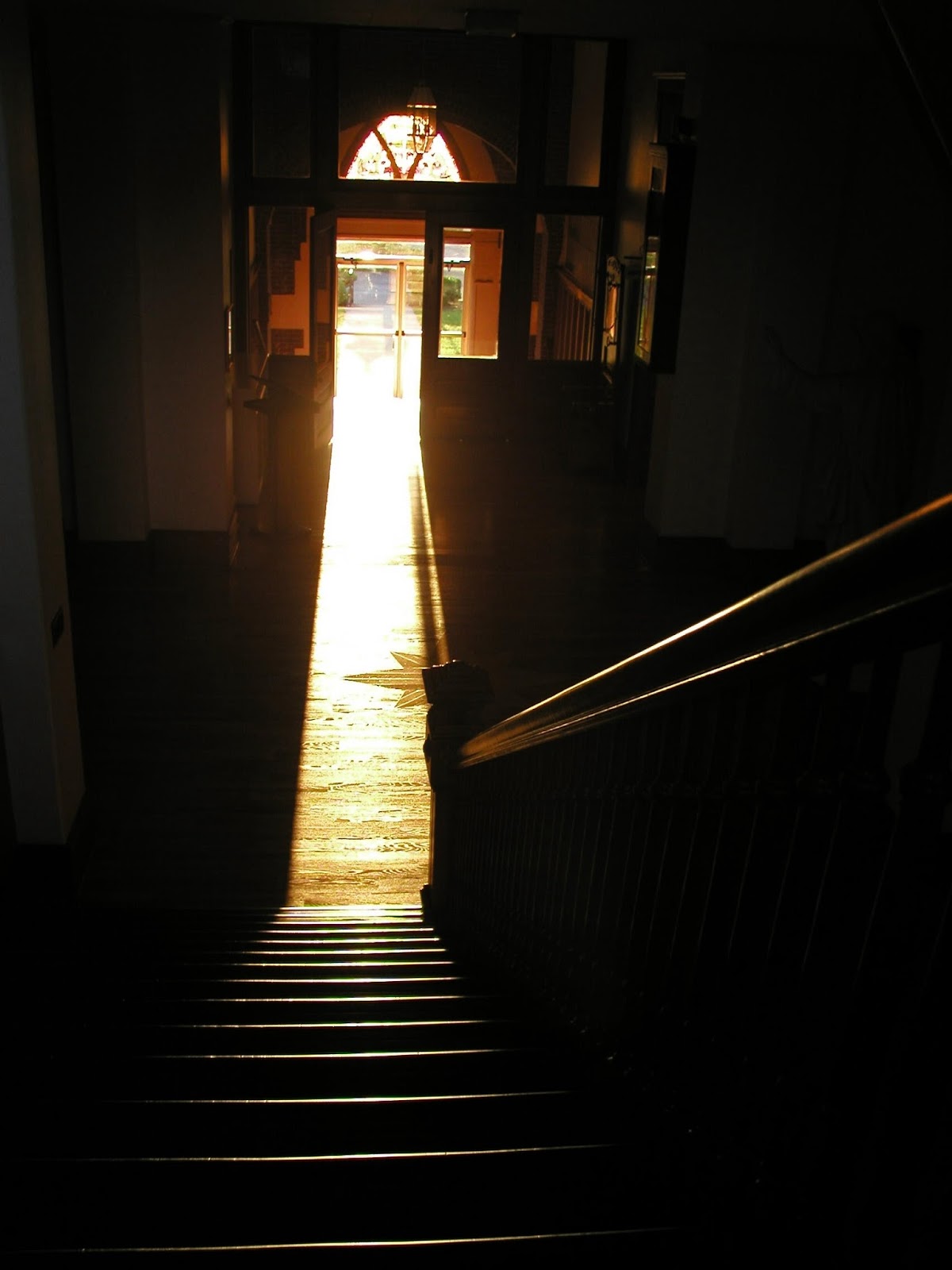 Last Thursday, four of us flew up north to attend a conference at Sacred Heart Monastery in Yankton, SD. Our three-legged flight itinerary from Huntsville to Sioux Falls required that we depart for the airport at 4:15 in the morning. We were set to arrive in Yankton via Sioux Falls by mid-afternoon. Other than the early departure, it all sounded good on paper.
But “sounds good on paper” is not exactly what happened. We encountered (in no particular order because I can’t even remember the order) one plane sent back to the hanger for maintenance, two delayed departures, one missed connection, one broken pair of prescription eyeglasses, three failed eyeglass repair attempts, one missing flight crew, three missing seat assignments, one closed stretch of Interstate, one hold-your-breath search for an alternate route, one 28-gate sprint after a last-minute unannounced gate change, one 30-minute wait on the tarmac for some late-arriving passengers, one unscheduled eight-hour layover, eight concourses memorized like the back of our hands during one unscheduled eight-hour layover, one hunt for three suitcases missing from the luggage carousel, one missing cell phone left on the other side of security, one dash to find it, one repeat trip through security, one emergency intervention for someone we found in urgent need, and umpteen phone calls to Cullman and Yankton keeping them informed of our (lack of) progress.
We finally arrived in Sioux Falls at 11 something at night and eventually arrived in Yankton shortly after 1:00 in the morning, 21 hours after departing Cullman and about 22 hours after we had originally awakened from sleep.
At the Sioux Falls airport, as I floated down the escalator from the concourse to baggage claim, I recognized the Sister who was there to greet us by the Benedictine symbol that she wore. At that moment of immense fatigue, I could not imagine a more welcome sight. It was truly like seeing a light at the end of the tunnel. Although I had never met her before, I made a bee-line and instinctively hugged her. She ushered her exhausted passengers through the airport, located our luggage, and drove us safely through the Dakotan midnight.
The Sister from Yankton was not the only light at the end of the tunnel on what felt like an epic day of unceasing mishaps and delays. The four of us travelers were lights for each other…keeping each other’s spirits up; finding humor in the midst of frustrating circumstances and flagging energy; expressing gratitude for the fact that we were safe, nourished, and cared for by those on either end of our journey; and seeking to care for one another in our various moments of need…
Although the circumstances were unique, we were really just doing for one another what we seek to do every day here at the monastery – seeking to let the Christ Light shine through us as a beacon to others.

Each morning at Lauds we sing the Benedictus, the Canticle of Zechariah from Luke 1. The canticle speaks of Christ as the “dawn from on high” who shines “on those who dwell in darkness and the shadow of death.”

Even when our darkness is merely one of fatigue and inconvenience, it is still a blessing to find the Light of Christ shining through others. May we each be for one another a light at the end of the tunnel.