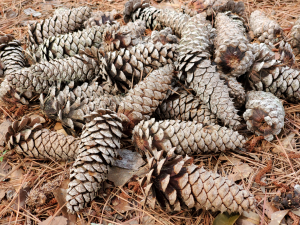 Getting out of the car, Mom was already looking ahead, scanning the undergrowth that led down to the lake. She had driven us the few miles out of town from where she and Dad lived in Florida to a park we used to go to when I was young. The park was a place Mom and I always seemed to return to during the two or three trips I made each year to visit my parents. There, we could be alone together for an afternoon, reminiscing and catching up on all the family news. Also, it was a chance for her to talk freely about her life, which was growing increasingly more complicated and stressful as she was Dad’s primary caregiver.

A bit exasperated and distracted, Mom adjusted her fanny pack and sun visor, two things she was never without for any outing. We had just navigated an awkward moment when she had taken to the wheel of her car, only to turn in the opposite direction that would have led us to the park. I was growing concerned about her driving capability and now her memory since she had so clearly lost her sense of direction. I knew she was upset with herself and a bit with me for questioning her skills. Observing Mom had become a new pastime for me. The combination of my vigilant scrutiny and Mom’s awareness of it created tension between us that interfered with our time together during these precious visits.

The early afternoon sun glinted and danced across the deep blue water of the lake, flashing gold and amber under the colorless sky. We were walking toward the lake surrounded by tall pines, shuffling through the sandy soil, and avoiding tufts of sandspur and fallen branches. Palmettos clattered gently, and the sound of gulls in the distance swooping over the water soothed our tense and tired shoulders. We were glad to be together once again in a place familiar and meaningful for both of us.

As I watched Mom now, I realized her attention was captured by something on the ground. From behind her, I could tell by the turn of her head and her sudden interest that there was something there she wanted, something she just had to have. As she bent over, I instantly became aware of the largesse of pinecones all around us. Scattered everywhere in the sparse grass, they beckoned to my mother in their simple profusion. There were many, and they were free.

With irreverent abandon, Mom began scooping pinecones into her arms. Suddenly, I knew there was no stopping her because, for so long now, Mom had not had an opportunity to receive anything so freely. Her needs had become secondary to caring for my father. Also, she was an appreciative collector of the stray feather, unusual leaf, or seashell so the pinecones would be for her the grandest of gifts.

Distribution was made to each one as he had need, The Rule of St. Benedict tells us in chapter 34. We are also reminded that there should be a consideration for weaknesses. For a long time, I had seen my mother go without much of what I thought she needed. She would remind me that what I thought was best for her was not necessarily what she needed at all. It took a distribution of pinecones for me to see that regardless of how her needs should be met, it was the free bounty of the grace of it that gave her such joy. How often, I thought, do we miss seeing what is most needed by others, distracted by our own judgment and perhaps by our own needs? How is it that God finds us in our need and despite what we ask for, offers provision endowed with such wisdom and grace?

Back at the car, we managed to get the trunk open and unceremoniously dumped our armloads of treasures into the plastic laundry basket Mom used to carry groceries up to their apartment. Breathless but pleased, she picked a sticky pinecone from her blouse and tossed it in with the others. I did not bother to ask her what she would do with so many seemingly useless objects. I knew she would share them with her perhaps perplexed neighbors and friends. Regardless, she had her fill, and it showed on her exuberant face, a look I shall never forget.