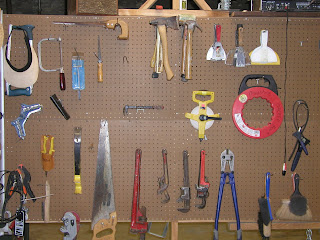 One of our Sisters received the gift of a Wii machine and a couple of Wii CD’s. It’s all been set up in a common area where any of us can come and stand in front of a TV screen and make strange, outlandish gestures, looking for all the world like traffic cops at an otherworldly intersection, or referees for an archaic sport.

I wasn’t too fond of the Wii at first. If I’m going to be in motion, I’d rather have some fresh air in my lungs and a ceiling of sky. But I have grown to enjoy the Wii, especially the sports that require sustained concentration – the juggling, heading soccer balls, things like that. I began to realize that perhaps I enjoyed them because the attentiveness that they require simulates – in a lower key – the stillness and alertness required for prayer. Perhaps, just perhaps, these games were developing my capacity for sustained attention, and thus my capacity for sustained attentiveness in prayer.

This afternoon, Sr. Magdalena walked by as I was standing in deep concentration “heading” a series of fast-approaching soccer balls while dodging the decoy balls. She said, “That looks so strange.” And indeed it did. But perhaps even stranger is the notion that such a whimsical activity could perhaps be an aid to my prayer.

As I reflected on the strange activity in which I found myself engrossed, my thoughts turned to one of my favorite of Simone Weil’s essays, Reflections on the Right Use of School Studies with a View to the Love of God. Weil, an early 20th-century French philosopher, writes: “The key to a Christian conception of studies is the realization that prayer consists of attention. It is the orientation of all the attention of which the soul is capable toward God.”

She goes on to note that study develops a “lower kind of attention” than the attention required for prayer. But she adds, “Nevertheless, [studies] are extremely effective in increasing the power of attention that will be available at the time of prayer, on condition that they are carried out with a view to this purpose and this purpose alone.” And she goes on to speak of the love and desire that draw us to deep attention in the presence of God.

Weil’s insight can also be applied to other ordinary activities, including activities such as sports and music, or anything that requires disciplined attention. Although they require a “lower kind of attention” than loving communion with God, they can be tools to increase our capacity for attention, including attentiveness to God in prayer. 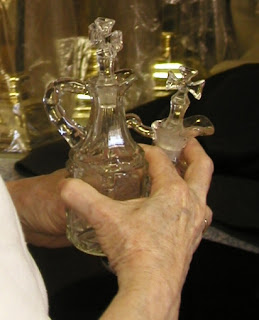 Weil is on a similar track as St. Benedict was when he called upon monks to treat all the goods of the monastery as sacred vessels of the altar. We live out our Christian call amongst the ordinary circumstances of our daily lives. The spiritual plane intersects the mundane, and just as we bring spiritual realities to bear on ordinary life, we are challenged to bring the ordinary to bear on the sacred, letting them be tools in our service to God. As ordinary bread and wine are transformed when offered to the Lord in loving thanksgiving, so too are we transformed when we offer all that we do – our work, our play, our study, our music – with a view to the love of God. 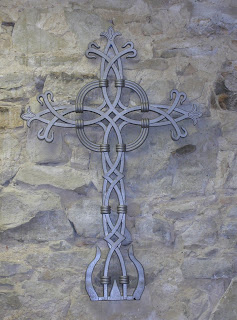 Postscript: If you are anything like me, perhaps your mind sometimes wanders in prayer. Love animates my desire to be in God’s presence, yet my human weakness can cause my heart and mind to stray, especially as I seek to maintain a prayerful awareness in the midst of my daily activities. I need all the tools I can to help me keep my gaze on God throughout the many distractions of the day.