God is indeed enough to satisfy all the restless yearnings of the human heart... 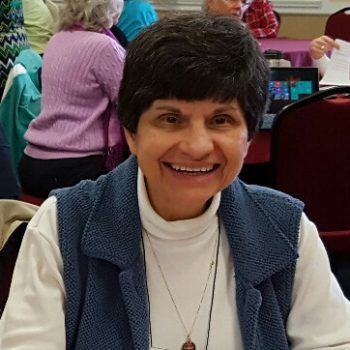 I grew up in the decade of the ‘60’s in Birmingham, Alabama. It was a chaotic time of social unrest, deep questioning, a quest for relevancy and meaning. It was a time of violence, civil disobedience, and high idealism. Young people like myself felt a new age was dawning in the aftermath of World War II, and we could change the world for the better, so like the Man of La Mancha, we dared to dream the impossible dreams. There were hippies, student protests, race riots, draft card burnings, men on the moon, Mass in the vernacular, Beatle-mania, the first heart transplant. Through my teen and young adult years, my best intuitions told me that God was somehow at the center of this anguished yet beautiful world in which I lived. My heart told me to seek God wherever God could be found, even in the most unlikely places.

I attended St. Paul’s Elementary School and John Carroll Catholic High, both of which were staffed by the Benedictine Sisters of Cullman, Alabama. No doubt the dedication, love, and transparent joy of the Sisters laid the seeds of my future vocation.

Growing up in Birmingham in the ‘60’s meant growing up in a place that had gained notoriety across the world. The world watched as the people of Birmingham dealt with deep-seated racism and “separate but equal” laws and restrictions. I can remember the emotional and spiritual jolt I felt on that bloody Sunday morning in September, 1963 when the Sixteenth Street Baptist Church was bombed and innocent children, my same age, were killed as they prepared for choir. That bombing was to change my life.

As we mourned the murders in Birmingham, there were murders across the nation. There were three assassinations—John F. Kennedy, Martin Luther King, Jr., Robert Kennedy—all in a matter of five years. The morning after my high school graduation I woke to the news of Robert Kennedy’s assassination. I was shocked again! I asked God: “Why this killing after killing? What is filling us with such bitterness and hatred? How can we stop it?” The answer, sang Peter, Paul, and Mary, seemed to be blowing in the wind.

The War in Vietnam had escalated when I was in high school. Once again I simply could not understand why there had to be war and killing, at any time, for any reason. Our high school class song was “Let There Be Peace on Earth,” and as I graduated I knew if there were to be peace in the world, I had to assume some responsibility for it, and it had to begin with me. Something was calling deep inside.

Although my teen years were filled with shocking news events in my own city, in the nation, and across the world, it was also the very time that Vatican II was in session, 1962-65. I can remember how fascinated I was when I first heard about the Ecumenical Council beginning in Rome, and about Pope John XXIII’s “aggiornamento,” although the word was hard to pronounce and the concept hard to understand.

The Catholic Church I had come to love as a child was changing in dramatic ways in order to breathe new life into dry bones. I had the sense that the Church was entering a new frontier of faith and something was drawing me to become an active part of this 20th century experience of Pentecost.

The search for peace, forgiveness, and reconciliation continued to haunt me in college. I was full of questions for my future. My heart told me that only in Jesus could I see any hope for community and reconciliation in a world where differences seemed to tear people apart. I considered the Peace Corps. I considered marriage. I also considered religious life as a Benedictine Sister. After a year of college, I decided that God was calling me to a lifestyle where “peace was to be my quest and aim” (Rule of Benedict Prologue 17).

I entered the Benedictine Monastery in Cullman in 1969, and although on one level the search had ended, at its deepest level, it had only just begun. Benedictine life was to teach me that no one of us can ever come to the end of our search for God. The Church of the Third Millennium is really not so different from the Church of the ‘60’s or the Church of that first Pentecost. God is always calling each of us and all of us to be partners with Christ in loving a broken world into redemption. God is always calling us to be people, as St. Benedict writes in his Holy Rule, “who prefer nothing whatever to the love of Christ.”

I think religious life is a vocation that reminds the entire Christian community that seeking God alone can be the most tender, the most challenging, the most fulfilling adventure a human being could ever embark upon. God is indeed enough to satisfy all the restless yearnings of the human heart. What is essential is not so much our yearning for God, but God’s passionate and unrelenting yearning for us. Our call is to continually allow God to take hold of us and never let us go.